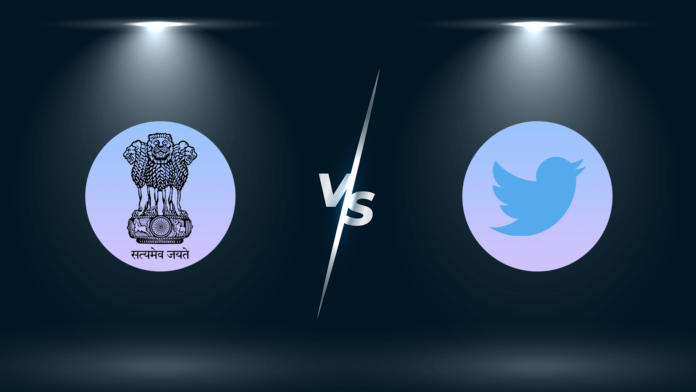 The Indian government has sent multiple notices over the last few days to Twitter, asking the social media platform to block certain accounts for spreading falsehoods about the farmers’ protests in Delhi. While initially complying with the government’s diktat, Twitter has later taken a position that has antagonised the Indian government. Let us look at the issue in detail.

On 31 January 2021, the Indian government had asked Twitter to block 257 URLs and one hashtag #ModiPlanningFarmerGenocide. The government claimed that the tweets carried misinformation and inflammatory content regarding the farmers’ protests which could potentially lead to violence. Twitter initially complied with the order by blocking the URLs and hashtag citing ‘legal demand’. But the company unblocked the accounts within a few hours, without seeking permission from the government.

The unilateral decision by Twitter angered the government so much that it warned the company of consequences, which included a 7-year jail term and a fine for non-compliance of its order.

On 4 February 2021, the government asked Twitter to block an additional 1178 accounts in its platform. It claimed that the accounts were linked to Khalistani supporters and Pakistani users, which were trying to disrupt public order in the country. Twitter has so far refused to comply with the order.

After Twitter unblocked the 257 URLs after the first notice, the IT Ministry wrote to Twitter saying, “It may be noted that the impracticability or disproportionality of the said measure cannot be decided at the instance of Twitter which is an intermediary bound by the orders of the Central Government. It may further be noted that the banning of the said hashtag is accompanied by the content that is attached to the said hashtag by the users using the same.”

Regarding the second notice asking Twitter to ban 1178 accounts, some government officials noted that these accounts were flagged for being either a Pakistani-operated account or held by a Khalistani supporter. They further said that some accounts seemed to be automated bots that propagated misinformation and provocative statements on the ongoing farmers’ protests.

An unnamed government official, speaking to The Indian Express, said, “If the platform does not want to respond to the notices sent by us, they are free to challenge it legally and get a stay order from the court. But until then they are bound by the laws of the country and will have to block these accounts as per the notice.”

In a statement issued by its spokesperson, Twitter said that the company was engaging with the Indian government to address issues and ensure safety of its employees in the country. It further said, “We strongly believe that the open and free exchange of information has a positive global impact, and that the Tweets must continue to flow.”

Twitter’s latest statement on the issue is as follows:

“Twitter is Guided by Principles of Transparency & Empowering the Public conversation. If we receive a valid legal request about potentially illegal content on Twitter, we review it under the Twitter Rules and local law.

If the content violates Twitter’s Rules, the content will be removed from the service. If it is determined to be illegal in a particular jurisdiction but not in violation of the Twitter Rules, we may withhold access to the content in the location only. In all cases, we notify the account holder directly so they’re aware we’ve received a legal order pertaining to the account. Our goal is to respect local law while protecting our foundational principles of free expression.”