Bitter battle between Shehla Rashid and her father 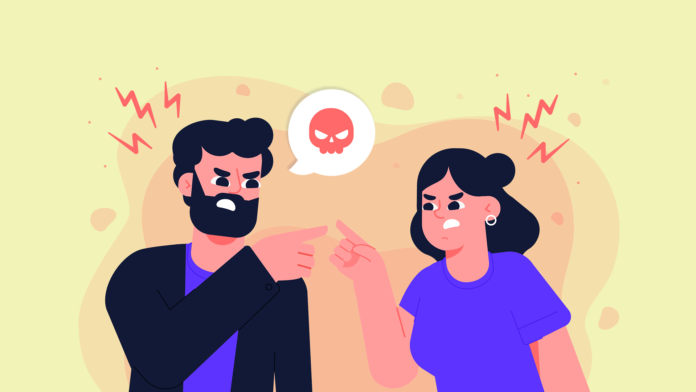 Abdul Rashid Shora, father of human rights activist Shehla Rashid, has accused his daughter of conspiring with anti-national forces in Jammu and Kashmir. However, Shehla Rashid says that her father is making false allegations as a reaction to the domestic violence case that she, along with her mother and sister, had filed against him.

In his letter to Jammu and Kashmir’s Director General of Police, Abdul Rashid had sought police protection claiming that there was a threat to his life from his wife (Zubaida Shora) and two daughters (Shehla Rashid and Asma Rashid) along with Shehla’s security guard named Sakib Ahmad. “This threat perception started in 2017 when Shehla Rasheed jumped all of a sudden into Kashmir Politics, first when she joined National Conference Party and then Jammu Kashmir People’s Movement Party. For me it was a sudden shock when she had categorically refused in front of me not to take part in JK Politics and at that point of time she was in CPI-M,” he wrote.

Claiming that he had met Zahoor Vatali (who was later arrested in a terror funding case under UAPA) and ex-MLA Rasheed Engineer at the former’s residence in June 2017, he said they tried to offer him ₹3 crore in exchange for Shehla’s participation and involvement in the launch of JKPM party, which he refused. He further alleged that despite his warnings to Shehla to not get involved, she received the money from them. He wrote, “After a week when Shehla came to Srinagar from Delhi she confirmed to me that she has got transferred the referred amount at Delhi in cash and there is no need for me to disclose anything regarding this transaction and my meeting with Rasheed Engineer and Zahoor Vatali with anybody, as this can put my life in danger. She also told me that she has accepted the money, and much more is about to come in future and so I need to shut my mouth.”

His letter states that he was thrown out of his own house by his daughters and wife by filing a complaint under provisions of Protectioin of Women from Domestic Violence Act against him. He alleged that this was done due to his strict stand against such anti-national activities involving his daughter.

“I also request your goodself to order investigations into the conduct of Sakib and his associates, bank details of Shehla Rashid, Asma Rashid, Zubaida and Sakib, property acquired by them at New Delhi, their e-mail accounts and their mysterious financial dealings with Feroze Peerzada [former president of JKPM], Zahoor Vatali and Rashid Engineer and notorious activities being done by them in the name of Empowerment of Women and Social Justice NGO,” he concluded.

In a note written on Twitter, Shehla Rashid rubbished the allegations made by her ‘biological’ father Abdul Rashid. Calling his father ‘a wife-beater and an abusive, depraved man’, she said that she, her sister and mother finally decided to act against him and ‘this stunt is a reaction to that’.

“As we mourn the death of a close family member, it is extremely sad that my father, Mr. Abdul Rashid Shora, has chosen this time to level absolutely disgusting, baseless allegations against me, my mother and my sister. Although this is a family matter, I am compelled to respond because the allegations made are of a very serious nature. The fact of the matter is that my mother, my sister and I have filed a complaint of domestic violence with the court under which my father – who has been abusive and violent towards us for as long as we can remember – has been restrained from entering home on 17-11-2020. The false allegations that he is making are a reaction to that. My mother has tolerated abuse, violence and mental torture all her life. She has kept quiet for the sake of respect of the family. When my sister and I were kids, we were unable to protect our mother. Now that we have started speaking up against his physical and mental abuse, he has started abusing us too. In this connection, I have also filed an FIR in September. Request everyone not to take him seriously, and let us mourn in peace,” she wrote.

To drive home the point, Shehla Rashid attached a letter from Mohalla Committee in 2005 asking her father to not abuse his family members. In the letter dated February 23, 2005 from the office of the President Masjid Ummar/Welfare Committee in Chanapora, Srinagar, it said, “As reported, you are misbehaving, abusing and using un-parliamentary language with your family. The Intizamia has also information that you are threatening your family members of dire consequences and heavy losses, as is evident from copy of your letter addressed to Asma and Shela. Though this is your exclusive personal matter, and the Intizamia committee has no right to intervene in your personal matters, however, as requested by your family, as human beings and as neighbours, it is our moral and social obligation to intervene in the matter and try to resolve your differences.”