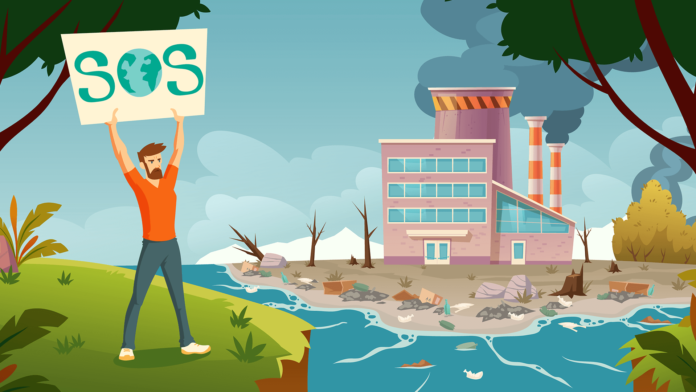 Recently, the Union Environment Ministry gave approval to three development projects in Goa: double-tracking of 120-year old railway line from Hospet in Karnataka to Vasco in Goa; expanding National Highway 4A to four lanes; and, laying of 400-kV power transmission line. While the state government says that these projects will help in the development of the state, the citizens of Goa are opposing them due to environmental concerns.

The 400kV Goa Tanmar power transmission line passes through protected areas of Mollem forest. It also includes the construction of a 220kV sub-station in Mollem. Construction of the power lines and the sub-station involves felling of several thousand trees in the forest areas inside Bhagwan Mahavir Wildlife Sanctuary and Mollem National Park. This has come in for severe criticism from the public. The Mollem protected area, which forms a part of the biodiversity-rich Western Ghats, is home to a wide variety of flora and fauna. Destruction of such a wildlife hotspot in the name of development has not gone down well with the citizens.

There are fears that the double-tracking of the railway line between Hospet and Vasco and the expansion of National Highway 4A to four lanes will lead to increase in coal transportation within the state. An article on Moneycontrol states, “According to reports, these projects are all part of the Sagarmala port development project. Under this scheme, rail and road expansion aims to create a corridor to transport coal to Goa’s Mormugao Port Trust (MPT). The project master plan envisages MPT becoming a coal/coke import hub with a capacity to handle 51 MTPA (metric tonnes per annum) by 2035. This is to cater to the coal/coke demands of steel plants in neighbouring Karnataka and Maharashtra.”

The Hindu carried an article which quotes the founder of Goa Green Brigade Avertino Miranda as saying that “these big projects have caused severe negative impact on the trees and Goa’s rich biodiversity only to facilitate the cause of big corporations — the road expansion, transmission lines being built through Mollem are mainly to facilitate the movement of coal by the Adani group.”

The government of Goa has defended the implementation of the three projects by saying that they were necessary for the overall development and progress of the state. Noting that the demand for power has seen an average increase of 5% annually in the last decade, the government pointed out that most of the demand came from domestic consumers and not industrial users.

Goa’s Power Minister Nilesh Cabral claimed that the power transmission line was the need of the hour. He said, “I am saying to clarify the tall claims made by the opponents or protestors, opposing the transmission line in Mollem, claiming that it is to benefit the industrial sector. As per the data, domestic consumers consume more than 60 per cent of the total load that Goa requires.”

Defending his government’s stance, Goa’s Chief Minister Pramod Sawant has said that only four poles of the Goa Tanmar power transmission line will come inside the protected area of Mollem and the rest will be in private land.

The Railways replied to several questions raised by Herald regarding the double-tracking of railway line. In a response to the concern regarding increase in coal transportation, the Railways replied, “The statistics of the quantum of coal being transported from MPT [Mormugao Port Trust] by SWR [South Western Railway] over the years indicate a 25% reduction in span of just 4 years. The concern of increasing coal transportation once doubling is done will be far from reality because as a policy, usage of coal is being discouraged and only non-conventional energy resources which are clean fuels will be preferred over. Also, due to thrust on Aatmanirbhar Bharat, imported coal is expected to diminish.”

P.S. Students in Goa are spearheading the protests against the Mollem projects through unique ways. One such protest medium is the ‘Mollem Memory Project’. Read more about it here.