Blame game over attack on Nadda’s convoy in West Bengal 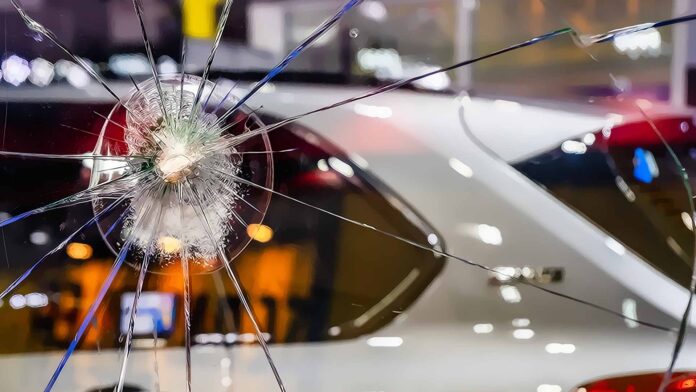 Last Thursday, a convoy of Bharatiya Janata Party (BJP) president Jagat Prakash Nadda was attacked by miscreants in the Diamond Harbour area of West Bengal. Bottles and stones were thrown at the passing vehicles, shattering the windows of some vehicles. Although Nadda escaped unhurt, several people were injured, including BJP’s national secretary Kailash Vijayvargiya. While the BJP has accused the ruling party All India Trinamool Congress (TMC) of instigating the violence, the TMC has denied those allegations.

J.P. Nadda had embarked on a 120-day tour covering several states across the country, with an aim to strengthen BJP’s presence. His 2-day tour of West Bengal was a part of that mission. Nadda’s visit to West Bengal held significance as the state would be going to the polls during the first half of 2021.

West Bengal is considered to be among the final frontiers for BJP to gain a foothold, apart from some states in the south including Kerala and Tamil Nadu. The state is ruled by the formidable Mamata Banerjee, who had founded TMC in 1998 after separating from the Indian National Congress (INC). She is the first woman Chief Minister of West Bengal and is a vocal critic of BJP and Prime Minister Narendra Modi.

Union Home Minister Amit Shah was one among several BJP leaders who condemned the attack on Nadda’s convoy. He said that West Bengal is going through an era of tyranny, anarchy, and darkness under Trinamool rule. “The manner in which political violence has been institutionalized and brought to the extreme within West Bengal under TMC rule is sad and worrying for all those who believe in democratic values,” he tweeted (translated from Hindi). He also said that the central government is taking this very seriously.

J.P. Nadda said that the state had become completely lawless. Calling the attack ‘unprecedented’, he said, “Not a single vehicle had been spared. Today I have reached this destination with the grace of Ma Durga. Trinamool activists and goons left no stone unturned to strangle democracy.”

Governor of West Bengal Jagdeep Dhankar, who is at loggerheads with the Mamata Banerjee’s government, also expressed his displeasure at the incident. In a tweet, he wrote, “Concerned at alarming reports of anarchy and lawlessness @MamataOfficial indicating ruling party harmads on rampage at BJP President Convoy and political police @WBPolice in support. This happening in spite of my alerts to CS & DGP early morning indicated collapse of law & order.”

West Bengal Chief Minister Mamata Banerjee said that the BJP is indulging in drama that they themselves created. She accused the BJP of tarnishing the image of TMC by planning an attack on its own party leaders. “They (BJP) have no other work. At times Home Minister is here, other times its Chaddha, Nadda, Fadda, Bhaddha is here. When they’ve no audience, they call their workers for doing Nautanki,” she said at a public rally in Kolkata.

TMC Member of Parliament Mahua Moitra mocked the BJP for staging the attacks. “Had heard of college BYOB [Bring Your Own Booze] parties. @BJP having a BYOS (Bring Your Own Security) party every day in Bengal – CRPF, CISF & every central force imaginable accompanies each two-bit leader who visits. Shame they can’t protect you from staged ‘attacks’,” she tweeted.

West Bengal Police issued a statement saying that the convoy was safe, and the incident was being investigated. “Shri JP Nadda, National President, BJP reached safely at the venue, Diamond Harbour, South 24 Pgs. Nothing happened to his convoy. Few bystanders at Debipur, Falta PS, Diamond Harbour PD, sporadically and suddenly threw stones towards vehicles trailing long behind his convoy,” the statement read.

After the attack on Nadda’s convoy, the Centre had asked West Bengal to relieve three IPS officers from state cadre to central deputation. The three officers oversaw security in the state. However, the West Bengal government has refused to send them, citing shortage of officers in the state. Can a state government refuse Centre’s request? Has any other state refused in the past? The Indian Express has an interesting article on this issue here.