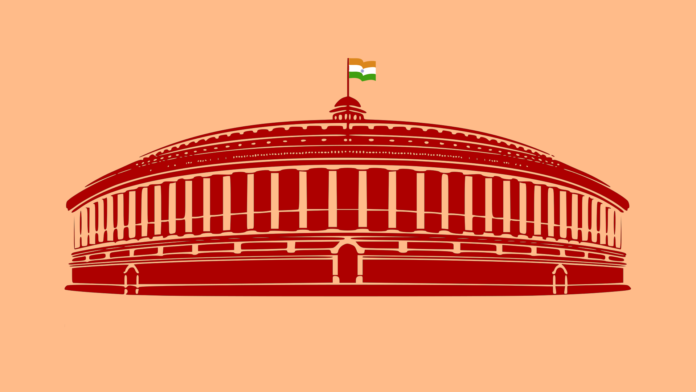 The current monsoon session of Indian Parliament has been truncated to 14 September – 1 October, as against the usual practice of running the session from July to September. This change has been necessitated due to restrictions imposed during the COVID-19 pandemic. In the current session, the Question Hour has been cancelled while the Zero Hour has been restricted. This has predictably led to an uproar by the opposition members of Parliament. Is there any merit in raising a hue and cry over these changes?

The decision to cancel the Question Hour and restricting the Zero Hour has been taken after due consultations with all major political parties. In fact, except for one MP, every other member of each party agreed to the suggestion of suspending the Question Hour

Answering questions during the Question Hour requires the presence of many officers who usually help the ministers to respond accurately. Given the social distancing norms prevalent, it is not possible to accommodate a large number of people during the current session.

The government has agreed to answer all unstarred questions (these are questions which seek an answer in written format). If the members are not satisfied with the answers, they can raise their concerns during the Zero Hour.

The Question Hour has been suspended several times in the past as well. There was no Question Hour in 1977 during the special session to approve President’s rule in Tamil Nadu and Nagaland. Even in the year 2012, it was suspended during the session to discuss the motion on FDI in multi-brand retail. These are just a couple among several such instances which occurred in the past.

A research article points out that during the 16th Lok Sabha session (between June 2014 to February 2019), around 33% of Question Hour was lost due to disruptions in the Lok Sabha, while 59% of Question Hour was lost in the Rajya Sabha. Given the shortened timeline in the current session, every minute spent in the Parliament is of utmost importance.

So, to say that the government is running away from debates is an overstatement.

The Question Hour is a key parliamentary proceeding during which the government’s actions can be questioned by the members of the legislature. Doing away with it amounts to utmost disregard for the parliamentary process. The rule book says that the motion to suspend the Question Hour cannot be fulfilled unless it has unanimous approval from the members of the legislature.

In the past, the Question Hour was suspended only during special sessions of the Parliament. No suspension has occurred during regular Parliament sessions. Citing such examples from the past does not merit consideration.

The Question Hour helps in keeping a check on the executive, as they must answer satisfactorily to the queries raised by the elected representatives of the country. Starred questions (for which the answers need to be given by the ministers orally) enable the members to ask supplementary questions if the answer provided is unsatisfactory. This leads to some lively discussions during the session.

Questions raised during the Question Hour have led to exposure of some of the biggest scams and corruption scandals of our country (the Mundhra Scandal being one of the prime examples). By doing away with it, the citizens are deprived of a mechanism to keep the government on its toes.

The current unprecedent situation calls for discussions and debates on several key issues affecting the people of our country. The decisions taken by the government during the past few months need to be questioned and scrutinized, and the government needs to be made accountable for its mistakes. Suspending the Question Hour not only strips away the citizens’ right to question the government, but also denies the opportunity for inclusive decision-making on matters of strategic importance.

P.S. If you wish to read more about the Question Hour and Zero Hour, head over to this article by The Indian Express.