Uproar over the three agriculture bills passed in the Lok Sabha 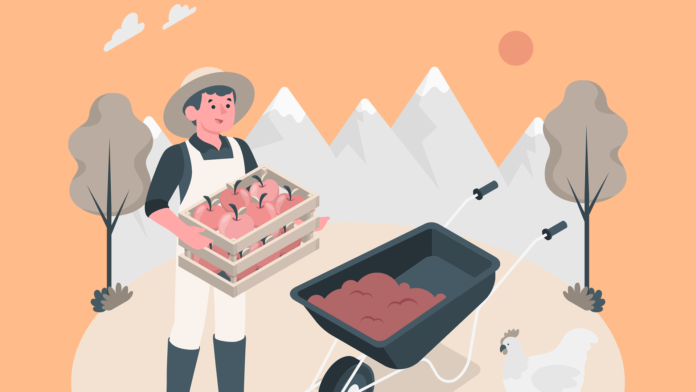 Yesterday, the Lok Sabha passed three bills on agriculture reforms which were introduced as ordinances during the lockdown period. These bills – The Farmers’ Produce Trade and Commerce (Promotion and Facilitation) Bill, 2020; The Farmers (Empowerment and Protection) Agreement of Price Assurance and Farm Services Bill, 2020 and The Essential Commodities (Amendment) Bill, 2020 – are meant to usher in long pending crucial reforms that will benefit small and marginal farmers. The aim of these three bills is to liberalize the trade of agricultural produce and enhance the earning potential of small and marginal farmers. But some farmer organizations and political parties have raised their voices against these bills. Why the opposition?

Highlights of the bills:

The Farmers’ Produce Trade and Commerce (Promotion and Facilitation) Bill, 2020 enables farmers to trade their produce outside of the APMCs (The Agriculture Produce Market Committees). Both intra-state and inter-state trading will be allowed. This gives the farmers the opportunity to sell to a larger set of buyers across the country, leading to increased competition and better prices. It is to be noted that the existing set up of APMC mandis across the country will continue.

No market fee, cess or levy can be imposed by the state governments for trade occurring outside the APMCs. At present, APMCs issue licenses to buyers, commission agents and private markets, and levy market fees on the trade happening in those APMCs. This has led to growth of influential cartels, who stifle competition by thwarting entry of new players. By restricting the state governments’ ability to charge market fees, the new bill aims to facilitate easier marketing of farmer produce.

This bill also provides a framework for electronic trading (online buying and selling). Online trading will be allowed for the scheduled farmers’ produce under any state APMC act.

The Farmers (Empowerment and Protection) Agreement of Price Assurance and Farm Services Bill, 2020 deals mainly with aspects related to contract farming. The farmers can minimize the risk due to unpredictable prices in the market by entering into a contract with buyers prior to production of their farm produce. The pre-agreed fixed price, along with the minimum guaranteed price for produce with large price variations, needs to be mentioned in the contract agreement. The agreement should also include a dispute redressal mechanism, thereby safeguarding the interest of small and marginal farmers from exploitation.

The Essential Commodities (Amendment) Bill, 2020 restricts regulation of supply on essential commodities like cereals, pulses, potatoes, onions, edible oilseeds, and oils by the Centre only under extraordinary circumstances like war, famine, natural calamities and extraordinary rise in prices. Stock limits for these commodities can be imposed only if the retail prices of horticultural produce increase by 100% and the retail prices of non-perishable agricultural produce increase by 50%. This bill aims to improve the participation of private sector in farming by reducing regulatory interference. A competitive market will ensure price stability and reduce wastage of food produce, thereby improving the benefits to farmers and consumers alike.

The provisions in the three bills will override the prevailing state APMC laws, thereby encroaching into the functions of the states. There is a fear that these bills further erode the concept of cooperative federalism, which is a key and necessary part of a democratic country like India.

The restriction on the ability of states to impose market fees will result in a reduction of revenues to the state governments. Allowing trade outside the APMCs may deprive the collection agents of their commissions, which will severely impact their livelihoods. With the states no longer able to regulate agriculture trade outside of APMCs, food security could be impacted as the governments will no longer have accurate data regarding the availability of stock within the states.

The provisions in these bills may eventually lead to the end of minimum support prices (MSPs) for food grains. The government’s assured protection through MSPs have been immensely helpful in supporting the farmers during moments of crises and depriving them of this support system will impact them adversely.

Agreements in contract farming may benefit the buyers more than the farmers. The ability of the small farmers to negotiate terms in their favor and for dispute resolution will be severely limited against the big corporate buyers. The buyers, on the other hand, may not be willing to enter into multiple agreements with small scale farmers, which will only increase their overheads.

P.S. PRS Legislative Research has an article summarizing the key features of all three bills here. The Hindu has an explainer on the opposition to these bills here.