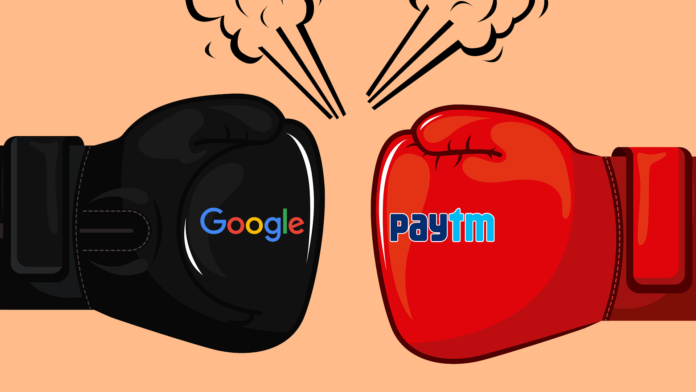 Last Friday, Google removed the main Paytm app and the fantasy gaming app Paytm First Games from its Play Store citing gambling and betting related policy violations. Although the main Paytm app got restored within a couple of hours (Paytm First Games app is no longer available), it led to Paytm’s founder questioning the ‘arm-twisting’ tactics of Google. So, what is the issue here?

Google permits gambling apps in the UK, France and Ireland currently. In all other locations, gambling apps are banned from the Play Store. As gambling is not legal in many countries across the world, Google tries to stay within the relevant local laws. According to Google, gambling apps include those that facilitate gambling, online casinos, sports betting & lotteries, and games of skill that offer prizes of cash or other real-world value.

On Friday, Google sent a mail to Paytm stating that it had delisted its app from the Play Store due to gambling policy violations. According to Paytm, Google’s mail cited the latest Paytm UPI cashback campaign named ‘Paytm Cricket League’ on its main app as the reason for its delisting. The ‘Paytm Cricket League’ offered customers the chance to get cashback by collecting cricket-related stickers by making transactions on the app, enabling them to accrue points over the course of the Indian Premier League cricket tournament, with the top 1 lakh ranked participants getting assured cashback up to  ₹1 lakh. Google stated that this campaign violated its policies as it enabled points accrual through real-money purchases which can be exchanged for prizes with real-world value.

Paytm has put out a strong rebuttal to Google’s unilateral decision to remove its apps from the Play store. The company complained that it was not given a chance to respond to Google’s concerns. While Paytm acknowledged that there was a separate issue related to advertising of Paytm’s fantasy gaming app Paytm First Games on its main app that was raised by Google, the ‘Paytm Cricket League’ campaign was not violating any of Google’s policies.

Google’s own payment app, Google Pay, is running a campaign called ‘Tez Shots’ with the tagline ‘Score runs to earn assured rewards worth up to ₹1 lakh’. This campaign asks customers to play a game and score runs, based on which points will accrue. After reaching a certain milestone, customers get a chance to enter a lucky draw by making any qualifying payment on Google Pay app. Paytm says that this campaign is very similar to its own ‘Paytm Cricket League’ campaign, and has accused Google of having different rules for its own apps versus the apps from other brands.

While Google earns advertisement revenues by playing ads of Paytm First Games on its own platforms like YouTube, it does not allow the same advertisements to be run inside Paytm app. This calls into question Google’s ability to be a non-partial gatekeeper of the app ecosystem.

P.S. This story reminds us about the ongoing feud between Epic Games and Apple over Apple’s ban of Fortnite (one of the most popular games from Epic Games) on its App Store. Vox has an explainer on this issue, which is quite an interesting read.