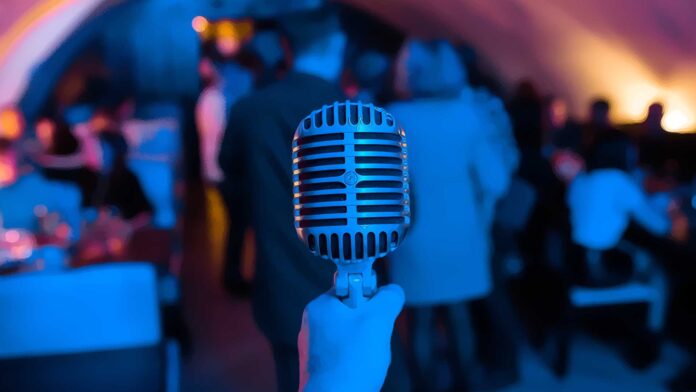 Stand-up comedian Munawar Faruqui and four other persons (Edvin Anthony, Prakhar Vyas, Priyam Vyas and Nalin Yadav) were arrested on January 1 while performing in a show in Indore, based on a complaint by a Hindutva group that the comedian had insulted Hindu gods. His bail application has been denied twice already.

Munawar Faruqui, who hails from Junagadh in Gujarat but lives in Mumbai, has previously courted controversy when a video surfaced of him making fun of some Hindu deities. He was also seen mocking Amit Shah in the context of the Godhra incident that took place in Gujarat in 2002.

In the recent incident, Munawar Faruqui was set to perform in Café Munroe in Indore’s 56 Dukan area on January 1. Before he went on stage, two other comedians performed their set of jokes. As soon as Munawar went on stage, another person took the stage and interrupted him. That person was Aklavya Singh Gaur, son of Indore BJP MLA Malini Gaur. He started accusing Munawar of hurting his religious sentiments and even mocked the audience for attending his show.

Eventually, Munawar convinced him to let the show run. Within five minutes into his set, however, associates of Aklavya stopped the show and asked the audience to leave. Then the comedians and the organisers of the show were allegedly roughed by associates of Aklavya. Later, they took Munawar and 4 of his associates to the local police station where they were arrested under IPC sections 295-A (outraging religious feelings), 269 (unlawful or negligent act likely to spread the infection of any disease dangerous to life) and other relevant provisions.

While talking to reporters, Aklavya Singh Gaur, who is also the chief of Hind Rakshak Sangathan (Indore), said, “They [Munawar and 2 other comedians] were making fun of Hindu Gods and Goddesses. They also mentioned Union Home Minister Amit Shah and the Godhra incident. They dragged Amit Shah’s name unnecessarily. Such objectionable talks were going on during the show. We have made a video of the incident. We have all the evidence.”

He further said, “Then we stopped the show and took the audience outside. Then we caught the organisers of the show and the comedians and brought them to the police station.”

Responding to a question asked by a reporter, Aklavya said, “The show was happening without securing any permission. Social distancing was not being followed. The organisers had seated around 100 people in a small hall.”

India Today wrote, “Superintendent of Police, BPS Parihar, meanwhile, claimed that Faruqui and his associates were arrested as they did not have permission to organise the event in which social distancing norms were also violated.”

The courts rejected the bail pleas stating that the case was a serious one which could create a law-and-order situation in the city.

Eyewitness accounts claimed that neither Munawar nor his associates made fun of any Gods. Jenosha Agnes, who had attended the event, wrote on Instagram, “Munawar Faruqui had his comedy show in Indore on 1st January 2021, his show was cancelled midway and he was arrested by Indore police on allegations of ‘making derogatory remarks on Hindu Gods n Goddesses’. I was present in that show and trust me no such thing happened.”

In an interview to India Today, the local police station SHO Kamlesh Sharma said, “We have examined two video footages given by the complainant. Nothing has been found to be malicious in the same.”

Several people took to social media to outrage over the incident and offer support to Munawar and others. Varun Grover, writer of the web series Sacred Games, wrote on Instagram, “A fellow Indian, a fellow comedian is in jail and got beaten up by a mob because of the words he uttered. Here he’s trying to logically, calmly present his case, but our systems now just want to brutally silence every voice. They don’t want to hear, they don’t want to even argue, they want to simply erase every shred of individual thought, every iota of reason. And we the people of the greatest civilization of earth are ok with it.”

Firstpost has done an in-depth investigation into the entire incident along with the timeline of what exactly happened. Read their report here.