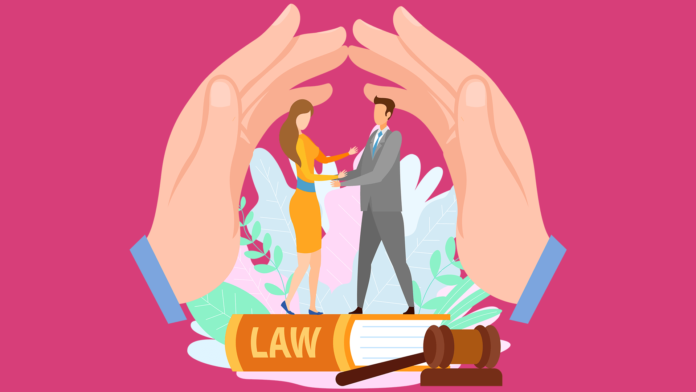 An Allahabad High Court bench recently ruled that it is optional, not mandatory, for couples to publish a notice prior to their marriage under the Special Marriage Act, 1954. What does this mean for inter-faith marriages? And how did this debate arise in the first place?

The Special Marriage Act was enacted in 1954 to validate a special form of marriage for all Indian nationals. If someone is in an interfaith or inter-religious relationship, the Act allows them to marry their partner in a manner not governed by any personal marriage laws. Up until now, the Act used to require couples to publish a notice, 30 days in advance, to get married lawfully. This notice then had to be displayed in a public place.

The ‘mandatory’ nature of the notice became a topic of public discourse when a petitioner alleged that his wife was being held captive by her father as she had converted and got married as per Hindu rituals. During the course of the hearing, he told the Court that two consenting adults marrying of their “free will” shouldn’t be a matter for debate in a court. This case was later amicably settled between the concerned parties. But then entered another issue: the court observed that the couple had not given a 30-day notice of their marriage under the Special Marriage Act, 1954. Was it compulsory for them to do so? The petitioner appealed again, saying that publishing such a notice was an unnecessary invasion of the couples’ private space.

If an interfaith couple wants to get married, they have to give a written notice to the district magistrate officer under a provision of the Special Marriage Act. This notice is then published in a “conspicuous place” to ensure transparency. Many a time, it prevents forcible religious conversion for the sake of marriage.

Moreover, religious conversion for the sake of marriage is unacceptable in essence. One can take the example of Uttar Pradesh: the government recently passed an ordinance to make “conversion of religion by marriage” unlawful. The Noor Jahan Begum Case also noted the same in 2014. The point in question was this: Was it okay for a Hindu girl to convert to Islam merely for the purpose of marriage? Can the marriage be considered lawful if the girl has no knowledge or belief in Islam? The Allahabad High Court judgement relied on the teachings of the Quran to answer these concerns.

The court judgement said that religious conversion can be valid only when it is done of a person’s “free will,” not for “creating a ground for some claim of right.” Some may argue that the mandatory notice requirement under the provisions of the Special Marriage Act, 1954 is also a way to protect against such violations of fundamental rights.

The 2021 ruling made by Justice Vivek Chaudhary of the Allahabad HC states that enforcing a notice period stomps on interfaith couples’ fundamental right to privacy and liberty. “It would affect their freedom to choose marriage without interference from state and non-state actors,” the court said. This landmark judgement establishes that our laws must keep evolving with time and societal norms. Also, why should there be a provision for a 30-day notice under the Special Marriage Act if none of the personal laws require it?

In many cases, public notices had become an easy way for right-wing affiliates to target and harass interfaith and inter-caste couples. The new law, thus, makes it optional to publish a notice. And while the requirement is not mandatory anymore, sections 6 and 7 along with Section 46 can still be used for inviting objections and upholding individuals’ rights.

The court has issued further clarifications for those who do not want to publish a notice. The marriage officer will have to solemnise their marriage, just like religious customs, rituals, and ceremonial requirements legalise a union. This means that the officer would verify the eligibility of both parties, verify their identity, age, valid consent to marry under the law, etc.