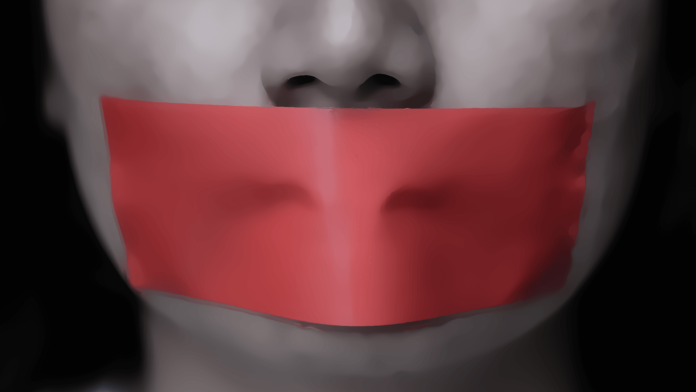 Two journalists in Manipur were detained by the Manipur police for sedition under the stringent Unlawful Atrocities (Prevention Act) on Sunday. Paojel Chaoba and Dhiren Sadokpam of the online news portal The Frontier Manipur (Executive Editor and Editor, respectively) were detained for publishing an article written by M. Joy Luwang, which had criticised the armed revolutionary groups in the state for not following the revolutionary cause. They were released yesterday after they wrote an undertaking to the police.

Manipur, ruled by the Bharatiya Janata Party (BJP), has been in the news for the arrests of some journalists in the past. In November 2018, journalist Kishorchandra Wangkhem was arrested for sedition for posting a Facebook video in which he had criticised Chief Minister N. Biren Singh and Prime Minister Narendra Modi. He was later released based on a judgment of the Manipur High Court.

In 2020, Manipur activist Erendro Leichombam was booked for sedition for a Facebook post which showed a photo in which the titular king of Manipur and a BJP MP Sanajaoba Leishemba was seen bowing down with hands folded in front of Union Home Minister Amit Shah. It was shared with a caption in the local Meitei language, which roughly translated to ‘son of a servant’.

The Frontier Manipur has also been publishing some bold articles, especially regarding a drug haul case involving a person considered to be close to the current Manipur Chief Minister. That case was sensationalised after the State police officer Thonoujam Brinda had written a sworn affidavit saying that she was under pressure from the CM to release the person involved in the drug haul case. Although the accused was arrested, he was later acquitted by a Special Court, after which the police officer returned her gallantry medal which she had received from the state for her efforts in the case.

The article written by M. Joy Luwang was published with the title “Revolutionary Journey In A Mess”. In the article, the author had criticised the armed revolutionaries for surrendering to the ‘colonial’ Indian government and straying away from the path of the revolution.

The police FIR stated that the author and the two detained journalists were “attempting to bring hatred, contempt, disaffection against government and also criminal conspiracy and statements conducing to public mischief with common intention by being a sympathiser of unlawful organisation.”

The police statement noted that the author had “openly endorsed revolutionary ideologies and activities and expressed shock and dismay at the deteriorating character of the armed revolutionary leaders of Manipur in the recent decade.”

As The Wire reports, the police said, “He called out to the people of Manipur to become true revolutionaries….His article clearly expressed sympathy and support to the ideologies and activities of armed revolutionary groups and outrightly called the rule of law of the union and state governments as colonial law thereby attempting to bring hatred, contempt and feeling of Enmity against the rule of law and government which is likely to cause fear or alarm in public inducing them to commit an offence against the state thereby posing serious threats of internal security issues.”

The two detained journalists wrote a letter to the Manipur police stating that the article that was published was ‘unverified’ and it was an ‘oversight’ from their end. The content of the letter is reproduced below:

“I take the privilege [sic] of informing your kind self that an article titled ‘Revolution in a mess’ was uploaded in our online new portal The Frontier Manipur. The source was unverified but came from one person called M. Joy Luwang.

This particular article was also printed and published in one vernacular and one English eveninger. I regret that the government finds the article questionable and I submit that it was an oversight from our part. There will be no such mistakes which will not pass our scrutiny in future.”

‘Foundation for Media Professionals’ had issued a statement condemning the detention of the journalists. As part of the statement, they wrote, “If everything that the current rulers find unpleasant can be charged with sedition, then it is a threat not only to the freedom of speech and expression, but also to the Constitution itself.”

‘Editors Guild of India’ also issued a statement, in which it wrote, “EGI believes that till the police is not nuanced in fundamental rights and various Supreme Court judgments on the imperative to protect freedom, no media organisation is safe from the irrational use of these laws.”

P.S. The same article by M. Joy Luwang was already published in Imphal Times and Kangla Pao. But these news outlets had not been named in the police FIR. In fact, the article is still available online and can be read here.