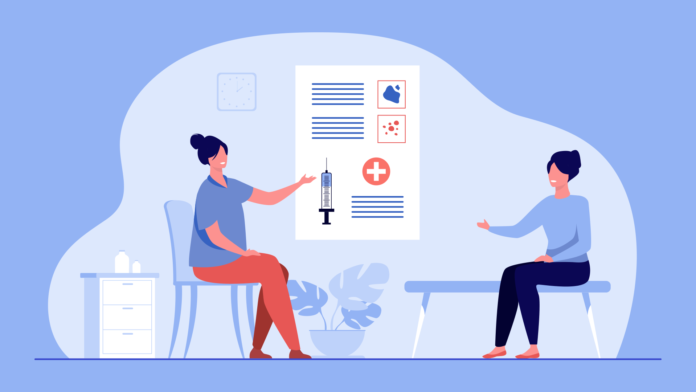 News broke from Bhopal last week of 74-year-old Man Singh Parihar complaining of severe body ache and fever after getting a COVID-19 vaccine. He claims that he took part in the ‘COVAXIN’ trial without his knowledge, raising many questions. Are the trial participants in India being misled? What do the manufacturers and government agencies have to say about this?

COVAXIN is touted as India’s first indigenous COVID-19 vaccine. Developed by Bharat Biotech in collaboration with the Indian Council of Medical Research (ICMR), it was granted a “restricted emergency approval” although its clinical trials are still underway. But what does all this mean?

To quote the Drug Controller General of India, the nod was given “…in emergency situations, in public interest as an abundant precaution, in clinical trial mode.” Clinical trial mode here refers to the third phase of trials, which are done to establish the efficacy of any vaccine. According to reports, COVAXIN received this approval to provide more options for vaccinations, particularly if there are new cases of infection by mutant strains of the coronavirus. So, Bharat Biotech started the process by recruiting 25,800 volunteers across 26 different sites for participation. But several news reports started pouring in soon after, including that of a death in Bhopal. And more recently, that of poor people being misguided.

Several people at a COVAXIN trial site in Bhopal—a private hospital named People’s Hospital—have said that they did not get any consent forms. Some of them thought they were getting the vaccine, not signing up for a trial. The participants include low-income families from Gareeb Nagar and Oriya Basti, most of them survivors of the 1984 Bhopal gas tragedy.

As job losses and school shutdowns continued all through 2020, hundreds of residents had been waiting to take the injections. So, they participated in the trial thinking it was the full-and-final thing. Then, news surfaced about the lack of due process and informed consent. The trial participants told reporters that they were not made to understand the side effects beforehand. Also, they did not receive any follow-up calls to check on their health. Some groups allege that they were lured into getting the COVAXIN dose with Rs 750 and ferries being sent to fetch them. Was this ethical on the part of Bharat Biotech and the hospital?

For the study to be successful, it is vital to remain in touch with all the candidates and closely monitor results. Any lapse would only cast doubts on the entire exercise, causing people to think that they are being misled. If a large number of trial participants show adverse reactions after the safety review, the clinical trials should be paused, just like AstraZeneca and Pfizer were. In any case, the necessary first step should be to educate candidates and obtain their consent.

So, the candidates at People’s Hospital feel that they were left in the dark with no protocols being followed in the administration of COVAXIN doses. They are now hoping for a transparent investigation into the legality of this matter.

Bharat Biotech’s public relations officer Sheela Panicker was quoted by National Herald as saying, “We have not done anything different in Bhopal. The protocols being followed are same at all the 25 vaccine trial sites. As far as our company’s knowledge, the People’s Hospital had followed protocols. Maybe the volunteers are being misled. If you have heard otherwise, I will inform the company.”

Bharat Biotech has also assured that all those taking COVAXIN shots will be compensated if they face any threatening side-effects. It has already instituted a mechanism for the same and released a fact sheet.

The government is not silent about its stance either. Officials believe that the restricted approval is safe, having gone through sufficient scientific scrutiny. “The government is working hard to address the concerns raised by experts and the opposition. COVAXIN has not completed last-stage trials, under which the efficacy is being tested.” Union Health Secretary Rajesh Bhushan said. The Prime Minister also urged people to be beware of propaganda and rumours.