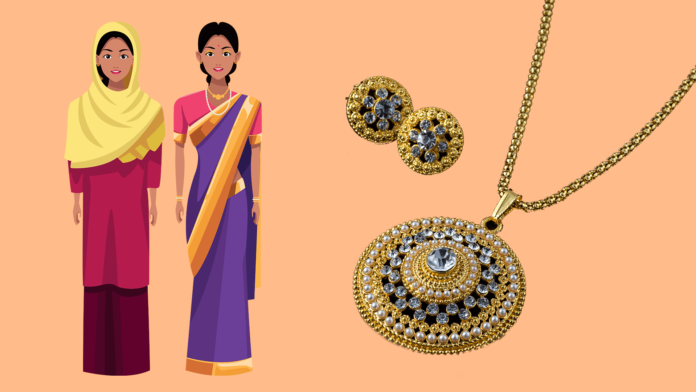 The recently released advertisement by Tanishq (a jewellery brand) has created a social media backlash, eventually leading to its withdrawal by the brand. The ad shows a Hindu daughter-in-law being given a baby shower ceremony in the Muslim household she has married into. The ad was withdrawn after some sections of the society objected to the portrayal of a Hindu bride in a Muslim household, accusing the makers of promoting ‘love jihad’. By pulling down the ad, the brand and Tata Group have been pilloried for bowing down to the mob.

Ad should not have been withdrawn:

“Come on Tanishq. Why must you succumb to bigots? Your ad is beautiful, it celebrates diversity and love. Only a sick mind sees anything besides that. Disappointed you gave in to hate”, wrote Congress spokesperson Supriya Shrinate on Twitter. Many others also wrote in similar vein, accusing the Tata Group of succumbing to the mob.

The Government of India had noted earlier this year that the term ‘love jihad’ was not defined under the extant laws and that “no such case of ‘love jihad’ has been reported by any of the central agencies”. This should have convinced Tanishq to put its foot down and keep the ad. Instead, it bowed down to threats from a few shrill voices in social media.

As a leading enterprise in the country, Tata Group should have had the spine to stand up to hatred and bigotry. At the outset, Tanishq took a risk in such intolerant times to create the ad revolving around Hindu-Muslim sentiment. “There’s no way the marketing executives at Tanishq expected the advertisement to go unnoticed. Why then give in to the bullying and take the video down?”, noted an article at The Quint website.

Tata Group should have looked at how Hindustan Unilever (HUL) handled its controversial ad for the Surf Excel brand in March 2019. Despite the negative feedback and online trolling, HUL stood its ground and did not withdraw the ad. Such a strong stand was expected from the Tata Group in the current controversy, but they have been a disappointment.

Withdrawal was the right choice:

On Tuesday evening, Tanishq put out a statement on Twitter expressing deep sadness for the “inadvertent stirring of emotions”. The statement further noted that the ad was being withdrawn “keeping in mind the hurt sentiments and well being of our employees, partners and store staff”.

There were reports of a Tanishq showroom in Gujarat putting up a note on their front door apologizing to the Hindu community over the controversial ad, after receiving a few threat calls. This shows that the staff members of Tanishq are being threatened. Tata Group has rightly taken a stand to protect their staff and assets across the country by withdrawing the ad.

The current political climate in the country is one of hatred and fear. Words, actions and events are blown out of proportion due to misinformation and lies, spread through the wildfire of social media. Any adverse reaction to a brand’s image will bring down the goodwill and the bottom line significantly. Companies are supposed to ensure profits for their stakeholders. If a certain action by the company is seen to be affecting the bottom line, it is prudent to withdraw that action rather than succumb to righteous posturing.

It is the job of the government to create a safe environment where freedom of speech is protected and safeguarded. Any threat to the right to freedom of speech needs to be dealt with stringently. If the government is unable to provide that protection, it is not possible for private commercial entities to operate without fear. Withdrawal of the ad is not a reflection of Tanishq and Tata Group’s moral strength, but an indictment of government’s failure to uphold the rule of law.

P.S. Read Vir Sanghvi’s column in The Hindustan Times on how he wished the Tatas had held firm, but also understood their reason for withdrawing the ad.

The right-wing Swarajya Magazine has carried an article which talks about having an honest conversation rather than consistently dismissing the sentiments of one community over another.