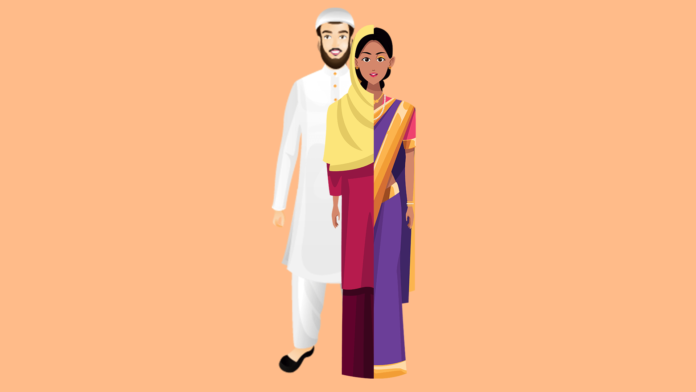 The recent murder of Nikita Tomar in broad daylight by her stalker Tauseef and his aide Rehan in Faridabad (Haryana) has once again put the focus on ‘love jihad’. The murder, which was caught on CCTV, has led to protests by locals demanding swift justice. Several politicians have now started openly discussing about a law for curbing ‘love jihad’.

Haryana’s Chief Minister Manohar Lal has said, “As the incident is being linked to ‘love jihad’, both the Centre and the State government are looking into the issue. Legal provisions are being looked at so that the guilty don’t get away and no innocent person is punished.” Haryana’s Home Minister Anil Vij noted that a Special Investigation Team has been formed to probe the case and find out if there was an organized effort to encourage religious conversions. “This is a very serious matter. And if we have to bring a law to stop it, we will,” he said.

Following this, Madhya Pradesh Chief Minister Shivraj Singh Chouhan said that his state government is considering legal provisions to curb ‘love jihad’ practices in the state. Talking to journalists in Bhopal after a meeting at the BJP headquarters, he said, “We will not tolerate any jihad in the name of love. We will also keep an eye around. Spreading fanaticism, jihad in the name of love and other activities will not be allowed at all in Madhya Pradesh. Whoever does so will have to face the consequences.” In response to a question on whether Madhya Pradesh will enact a law to curb ‘love jihad’, he said, “They (UP and Haryana) are also contemplating legal provisions and we’re also considering appropriate legal provisions against the practice.”

Just a few days before the recent incident happened, Uttar Pradesh Chief Minister Yogi Adityanath had warned people against the practice of ‘love jihad’. Addressing a rally in Jaunpur, he said that the state government will make a law against ‘love jihad’, noting that the Allahabad High Court had said religious conversion just for marriage is unacceptable. “I warn those who conceal identity and play with our sisters’ respect. If you don’t mend your ways your ‘Ram naam satya’ (chant associated with Hindu funerals) journey will begin,” he said.

Earlier this year, the Government of India said that ‘love jihad’ was not defined under any law. Responding to a question in the Parliament, Union Minister of State for Home G. Kishan Reddy said, “The term ‘Love Jihad’ is not defined under the extant laws. No such case of ‘Love Jihad’ has been reported by any of the Central agencies.”

The Print noted that “This ‘love jihad’ activism by BJP leaders is disturbing. Our Constitution gives adults freedom to choose. It’s also ironical that the three leaders, UP CM Yogi Adityanath, Haryana CM Manohar Lal Khattar and his deputy Anil Vij, who have chosen to never marry, are obsessed with other adults’ romantic choices.”

In an editorial opinion, The Times of India stated that, “Laws against love jihad under consideration by Uttar Pradesh and Haryana betray an obsession with excessive legislation having no perceptible benefits and ample scope for harassment and rights violations. India’s penchant for over-legislating has been well-documented: Take cannabis used by Indians including ascetics for centuries but criminalised overnight by the NDPS Act 1985. Where existing penal laws are hardly being implemented with vigour to prevent heinous offences, a law to forbid a phantom crime defies common sense. After all, love jihad remains a bogey despite being in political circulation for long.”

The Hindustan Times, in its editorial, noted that using phrases like ‘love jihad’ to describe interfaith relationships was insidious. “To bracket any relationship which may involve a Muslim man and Hindu woman as an instance of a conspiracy to undermine Hindus is outright false. It is based on treating women as the property of others and denies them their agency; it is also based on manufactured fears and false stereotypes about Muslims. If a couple wants to get married, it is the State’s duty to enable them to exercise their right. Instead, the political regime appears to be enabling a climate of fear, distrust and violence and reinforcing the paranoia around interfaith marriages.

P.S. Although there is a perception that political parties associated with Hindutva ideology have been the sole proponents of ‘love jihad’ conspiracy theories, the Christian community have also raised concerns about the prevalence of ‘love jihad’. Read more about it here.