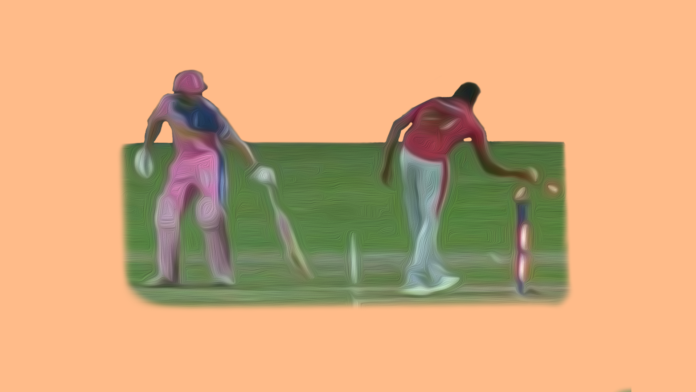 Ravichandran Ashwin is known for his wily spin bowling and an intelligent cricketing mind. But he is also known for questioning the so-called custodians of the spirit of the game. He has been in the news for occasionally running out batsmen at the non-striker’s end who leave their crease before the ball is bowled. During last year’s IPL, he ran out Jos Butler in this way. But in the current IPL, he surprisingly only warned Aaron Finch instead of running him out. And the debate between spirit of the game and playing within the rules has been rekindled yet again.

Spirit of the game:

Cricket is a wonderful sport, affectionately called a gentleman’s game. The game is interesting not just because of the rules, but also due to various ambiguities in the course of play. The ebbs and flows of the game make it a gripping watch with different narratives building up to the climax.

Primarily a game of skill, cricket matches the wits of the bowlers against the strength of the batsmen. The feeling of immense gratification for the bowler when a batsman gets bowled after smacking the previous ball to the boundary (remember Venkatesh Prasad and Aamir Sohail?), is just one example of the emotional upheaval the game provides. There is a story that plays out, almost equivalent to a fight scene in a movie where the hero receives the punches initially, before smacking down his opponent in the end.

But such a plot twist or emotional upheaval does not occur when the bowler runs out the batsman at the non-striker’s end without bowling the ball. Even though it is within the laws, there is an unwritten rule to warn the batsman first and then take him out in that manner if he repeats the mistake. Otherwise, there is no skill involved in taking the wicket that way. There is a bitter after-taste when such wickets are taken, with none of those involved (including the spectators) being able to enjoy the occasion.

With advancements in technology, cricket is becoming more professional and fast-paced. Every move by a player is watched keenly, and every action taken has consequences both during the play and after the game. There is no chance to hide a mistake. But mistakes make the game more humane. In the earlier days, when it was difficult to judge if a catch was taken by a fielder cleanly, the teams would accept the word of the fielder whether it was a clean catch or not. The fielder was expected to be a gentleman and say the truth. There was a human element to the game, which could not be found in any other major sport played across the world. But technology has only made the game more mechanical. The spectators do not want robots to play the game.

Law 41.16 in the MCC rule book states: “If the non-striker is out of his/her ground from the moment the ball comes into play to the instant when the bowler would normally have been expected to release the ball, the bowler is permitted to attempt to run him/her out. Whether the attempt is successful or not, the ball shall not count as one in the over. If the bowler fails in an attempt to run out the non-striker, the umpire shall call and signal Dead ball as soon as possible.”

The law is clear in its articulation of the mode of dismissal. And it does not require warning the batsman before running him/her out. If the rule does not mandate it, there is no reason to criticize the bowler and undermine his/her efforts in taking a wicket for the team.

These days, the game of cricket is skewed towards the batsmen. Shorter boundaries and free hits have further increased the game’s tilt towards the batsmen. The bowlers have no resort but to come up with innovative ways to dismiss them. Nobody bats an eyelid when a right-handed batsman changes his/her stance to left-handed as soon as the ball is delivered and hits a shot (also called as switch-hit). Similarly, nobody invokes the spirit of the game when a batsman does not walk even though he/she has nicked the ball to the wicket-keeper. Having separate ethical norms to batsmen and bowlers does not do justice to the spirit of the game.

The unofficial name for this kind of dismissal reeks of racist overtones. It all started when Indian player Vinoo Mankad dismissed Australian Bill Brown in the second Test match of the 1948/49 India’s tour of Australia by running him out in the non-striker’s end. The Australian media, which did not like such “unsporting” behaviour, referred to the mode of dismissal as ‘Mankading’.

The legendary Don Bradman, who was the captain of the Australian side when ‘Mankading’ happened, defended Vinoo Mankad in his autobiography ‘Farewell To Cricket’. He wrote, “The laws of cricket make it quite clear that the non-striker must keep within his ground until the ball has been delivered … there was absolutely no feeling in the matter as far as we were concerned, for we considered it quite a legitimate part of the game.”

P.S. The Hindu has an interesting article which argues for the ‘Mankading/Browned’ dismissal to be accepted as the norm in T20 cricket, while retaining gentlemanly etiquette in the longer form of the game. Read it here.