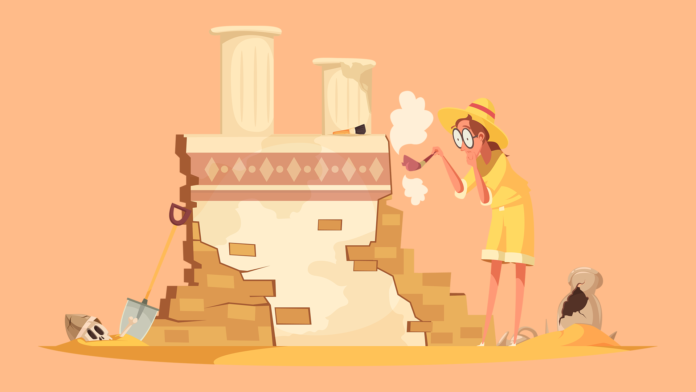 On 14th September 2020, the Minister of State for Culture & Tourism Prahlad Singh Patel gave a written reply in the Lok Sabha to an unstarred question (which requires a written reply instead of an oral one) regarding the “Constitution of Committee to Review Aspects of Ancient History” raised by a few MPs. The answer has understandably ruffled a few feathers.

Answer:
(a to d) Yes, Sir. An expert committee has been set up for conducting holistic study of origin and evolution of Indian culture since 12000 years before present and its interface with other cultures of the world.

(e) At present, there is no such proposal.

Concerns over the reply:

The written reply does not directly address the question whether the committee members aptly represent the diversity of India. From the list of members mentioned, it can be noted that all of them are upper caste Hindu male members. There is no place in the panel for women, Dalits, and minorities or adequate representation of people from South India and North East India.

The experts mentioned in the committee include at least four professors or academicians specialising in the Sanskrit language. This is overkill considering no experts from other languages find mention in the panel. And by including the head of a caste group, the government seems to suggest that Brahminism is the cultural identity of India.

The arbitrary timeline of 12000 years is also a cause for concern. The concept of a nation state did not exist so far back in history, with multiple settlers practicing different forms of cultural practices across the subcontinent. There is a genuine apprehension that the committee will investigate the history purely from the majority Hindu perspective.

P.S. This panel on Ancient History was previously formed in 2016 but failed to submit their report within the deadline. Check out the details here.

If you are keen to know more about the kind of questions being raised by our MPs in the Lok Sabha and their corresponding answers by Ministers, head over to the official website here.