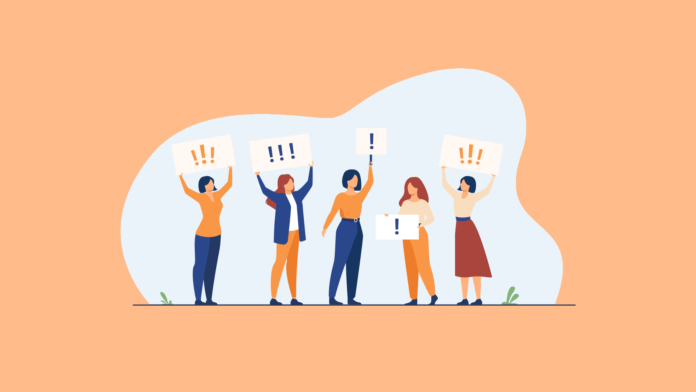 Earlier this month, the Supreme Court ruled that public spaces cannot be occupied indefinitely for demonstrations expressing dissent and that the demonstrations should happen in designated areas only. The ruling, adjudicated by a three-judge bench, came in the wake of a writ petition filed by an advocate in January this year saying that the protestors were hindering the right of free movement of the public. The ruling has raised concerns among the civil society.

In its judgment, the Supreme Court said that it had attempted to create an “out of the box” solution by appointing two interlocutors to mediate with the protestors. Although the interlocutors submitted a report, this effort did not produce results. But the Coronavirus pandemic had forced the protestors to vacate the site, albeit with some police action to remove the structures. The Court wanted to clarify on this subject further, due to its wider ramifications and hence released the judgment.

Noting that the protests were helmed by women but did not have a common leadership, the judges observed that “an absence of leadership guiding the protest and the presence of various groups of protesters had resulted in many influencers who were acting possibly at cross-purposes with each other. Thus, the Shaheen Bagh protest perhaps no longer remained the sole and empowering voice of women, who also appeared to no longer have the ability to call off the protest themselves.”

The judgment noted that “the erstwhile mode and manner of dissent against colonial rule cannot be equated with dissent in a self-ruled democracy. Our Constitutional scheme comes with the right to protest and express dissent, but with an obligation towards certain duties. Article 19, one of the cornerstones of the Constitution of India, confers upon its citizens two treasured rights, i.e., the right to freedom of speech and expression under Article 19(1)(a) and the right to assemble peacefully without arms under Article 19(1)(b). These rights, in cohesion, enable every citizen to assemble peacefully and protest against the actions or inactions of the State. The same must be respected and encouraged by the State, for the strength of a democracy such as ours lies in the same. These rights are subject to reasonable restrictions, which, inter alia, pertain to the interests of the sovereignty and integrity of India and public order, and to the regulation by the concerned police authorities in this regard.”

However, the judgment goes on to state that “while appreciating the existence of the right to peaceful protest against a legislation (keeping in mind the words of Pulitzer Prize winner, Walter Lippmann, who said “In a democracy, the opposition is not only tolerated as constitutional, but must be maintained because it is indispensable”), we have to make it unequivocally clear that public ways and public spaces cannot be occupied in such a manner and that too indefinitely. Democracy and dissent go hand in hand, but then the demonstrations expressing dissent have to be in designated places alone. The present case was not even one of protests taking place in an undesignated area but was a blockage of a public way which caused grave inconvenience to commuters. We cannot accept the plea of the applicants that an indeterminable number of people can assemble whenever they choose to protest.”

In an opinion piece on The Indian Express, musician, author and activist TM Krishna wrote that while public movement should not be affected due to protests, “how can we not factor in the utter inequality in the way every institution views public protest and protesters? Within this labyrinth lies social discrimination. Public protests or processions by Dalits, minorities, women, trans people are viewed with disdain but none will dare question protests by powerful caste lobbies, political parties or the religious majority.” The author questioned the basis for assigning designated places for protests, saying “In a country like India, where the political class does not appreciate being questioned, especially when in power, how does the court expect any fairness in protest space allocations? The consideration will always be: How can we limit its growth, effect and keep it under our control? There is little value in speaking about public inconvenience without addressing the limitations that are placed on our right to protest.”

The News Minute carried an article in which it discussed the several ramifications of the Supreme Court judgment. It noted that “India’s history of dissent extends far past the protesters in Shaheen Bagh or the students at Jamia Millia Islamia University. Its records include the freedom struggle against colonial powers, and the fight against curtailment of civil liberties during the Emergency, where some of the most senior members of the BJP party got a taste of democracy in student activism. But the Supreme Court’s words have now raised a crucial question: If the state is handed greater control over democratic dissent, what is the purpose of protests?” The article further argued that while the protests took place in a small stretch of the road, the inconvenience to commuters was mainly due to the barricades put up by the police at several roads leading to the protest venue.

Another opinion piece on The Wire noted that in cities like Delhi, the commuters were “inconvenienced all the time due to one reason or the other – whether it is VVIP movements, or ongoing construction activity for the Delhi Metro, for instance. Can these be declared illegal as well because of the inconvenience they cause to commuters?” It further noted that the “term ‘public order’ used in Article 19(2) as a legitimate ground of restriction can be reasonable only when there is evidence that protesters will incite lawless or disorderly acts and that such acts are likely to occur. Ironically, the bench does not even make a pretence to show that its restrictions on protests at a public place, ostensibly to avoid inconvenience to commuters, satisfies the “public order” test under Article 19(2).”

P.S. You can read the entire judgment of the Supreme Court here. It is a short 10-minute read, consisting of only 13 pages.