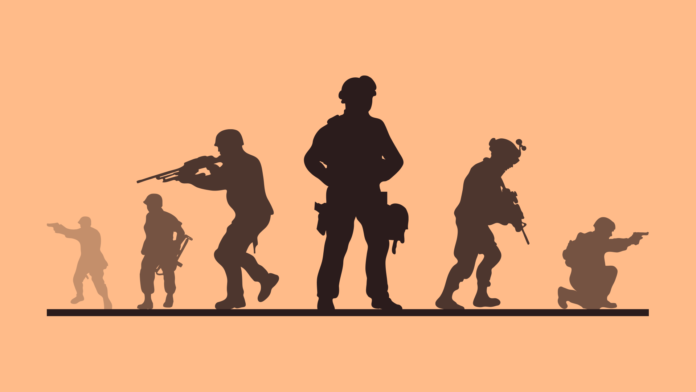 On September 13, 2020, the Uttar Pradesh government headed by Yogi Adityanath had said that a special security force has been constituted in the state. The Uttar Pradesh Special Security Force (UPSSF) was constituted after the Allahabad High Court had pulled up the state government in December 2019 on the absence of proper security at the civil courts. However, some provisions of the Act, including the power to search and arrest without warrant, have raised concerns among the opposition.

UP Congress president Ajay Kumar Lallu questioned the need for creating a separate security force using taxpayers’ money. He complained that the UPSSF Act was “an attempt to silence Opposition leaders, social activists and critics of the Yogi government”.

Samajwadi Party has called the Act a ‘black law’. In a twitter post (in Hindi), the party said that the government was trying to suppress constitution rights. The party said that there will be “no warrant, no bail, no evidence, no hearing” for those who fall on the wrong side of Chief Minister Yogi Adityanath’s eyes.

The power to search and arrest any person without warrant is raising alarms among the public. Section 11 of the Act states that, “Whenever any member of the Force, has reasons to believe that any offence referred to in section 10 has been committed or is being committed and that a search warrant may not be obtained without affording the offender an opportunity of escaping or of concealing evidence of the offence, he may detain the offender and search his person and belongings forthwith and, if he thinks proper, arrest any person whom lie has reason to believe to have committed the offence.”

The other concern is related to Section 15 of the Act, which states that ”No suit or prosecution shall lie against any officer or member of the Force or against any person an acting under the order or the direction of any officer or member of the Force for anything which is done or intended to be done in good faith under this Act or any rules made thereunder.” Such sweeping protection given to the security force ensures that no court can take cognizance of an offence perpetrated by any officer in the line of duty, without prior sanction of the state government.

Provisions of the Act:

The objective of the Act is to “maintain the smooth and strong security arrangements of the vital establishments and of notified persons”. These establishments include Court premises, administrative offices, shrines, metro rail, airports, banks, and industrial undertakings, among others, as notified by the state government.

Even though search and arrest does not require a warrant, Section 12 of the Act says that “Any member of the Force making an arrest tinder this Act, shall, without delay, hand over the person so arrested to a police officer, or in the absence of a police officer, take such person or cause him to be taken to the nearest police station together with a report of the circumstances occasioning the arrest.” This means that immediately after the arrest, the accused will go through normal procedure.

Provision to search and arrest without a warrant is not unique to the UPSSF Act. The Odisha Industrial Security Force has similar powers. Even the provision relating to prosecution of members of the force has precedent. For instance, the Maharashtra State Security Corporation Act states that “No member of the Security Force, Managing Director, Director of the Board, officers of the Corporation, Corporation and the Board shall be liable for any criminal or civil action in any suit or proceeding for the act done in good faith in the discharge of duties in furtherance of the object of this Act.”

P.S. The official notification of Uttar Pradesh Special Security Force Act, 2020 can be accessed here (written in both Hindi and English).

The Wire has an article with a balanced viewpoint supporting both the sides here.