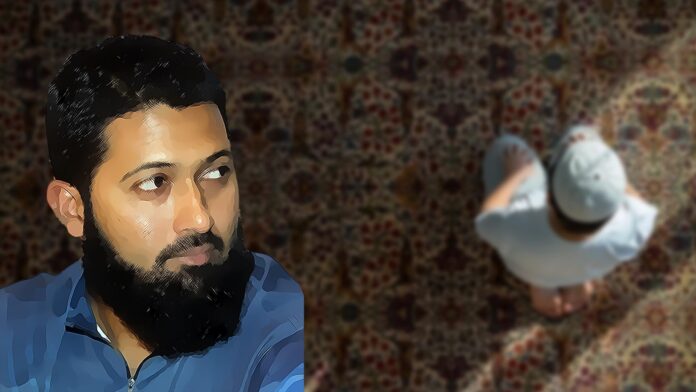 Earlier this week, ex-India cricketer Wasim Jaffer quit his coaching role for Uttarakhand state team. He sent his resignation to the Uttarakhand Cricket Association, citing disputes with the selectors and the association’s secretary Mahim Verma. But Verma accused Jaffer of favouring Muslim players in the team. Jaffer has rubbished those claims.

Wasim Jaffer played as an opening batsman for India in Tests between 2000-2008 (he had a very brief ODI career). He is also the highest run-scorer in Ranji Trophy. He retired from all forms of cricket on 7 March 2020.

In June 2020, Wasim Jaffer was appointed as the head coach of the Uttarakhand state cricket team for a one-year term. The team played dismally in the recently concluded Syed Mushtaq Ali Trophy. They had won only one out of the five games played and were eliminated in the group stage itself. For the upcoming Vijay Hazare Trophy, the captain was changed along with several other changes in the team, allegedly without informing coach Jaffer.

In his resignation letter, Jaffer wrote that there was too much “interference and bias of selectors and secretary in the selection matters for non-deserving players.” But Verma alleged that Jaffer was interfering too much in selection matters.

Jagran reported Verma as saying that Jaffer tried to break the team through religious activities. Verma said (translated from Hindi), “We fully supported Jaffer. I did not put any pressure on the sportspersons. He brought Iqbal Abdullah, Samad Fallah, Jay Bista as guest players. He replaced Kunal Chandela and forcefully made Iqbal a captain. He is the highest scoring batsman in India’s domestic cricket, so in the beginning we accepted all his decisions, but the team lost four out of five matches of the Mushtaq Ali Trophy. For the Vijay Hazare Trophy, we announced the team on Monday and made Chandela a captain, the very next day Jaffer sent his resignation. He was appointed by the Cricket Advisory Committee and his resignation has been sent there.”

Verma also alleged that three Maulvis (Muslim religious teachers) were called during the practice camp to read Namaz. The team’s manager Navneet Mishra said that the Maulvis had come twice during the camp. He also noted that Jaffer changed the team’s slogan from ‘Ram Bhakt Hanuman ki Jai’ to ‘Go, Uttarakhand’. When the manager offered to change the slogan to ‘Uttarakhand ki Jai’ instead, Jaffer allegedly told him that he had an issue with the word ‘Jai’.

Verma accused Jaffer of promoting Iqbal Abdulla at the behest of Kunal Chandela. He alleged that Kunal was demoted from his opening batsman position because of that. Verma further alleged that Jaffer misbehaved with him thrice and told him that he (Jaffer) was not his servant.

In a virtual press conference held on Wednesday, Jaffer said that the allegations levelled against him were baseless. He gave a point-by-point rebuttal to the allegations.

On the communal angle thrown at him, he said, “All the players who played in the Syed Mushtaq Ali Trophy, I played them on my belief. I even dropped Samad Fallah for the last game. Had I been communal, both Samad Fallah and Mohammad Nazim would have played all the games. It is a very petty thing to say or even think. I wanted to give opportunities to newer players. Had I been communal, why would have I brought Jay Bista as a professional? I even wanted to make him the captain. It was the selectors who felt that Iqbal Abdullah was a better candidate for captaincy since he was senior and had played IPL. I agreed with their suggestion.“

On the presence of Maulvis during the practice camp, Jaffer said that it was Iqbal Abdullah who had asked for them after taking permission from him and the team manager. He noted that the prayers were held after the team practice sessions on two or three Fridays during their stay, and hence the controversy was uncalled for.

On changing the slogan of the team, Jaffer said that if he had been communal, he would have asked the players to chant ‘Allahu-Akbar’ instead of ‘Go, Uttarakhand’. He said that players used to say, ‘Rani Mata Sacche Darbar Ki Jay’, which is a Sikh chant. He wanted to have a neutral slogan, hence changed it.

On allegations of misbehaviour with Mahim Verma, Jaffer said that Verma tried to give suggestions regarding which player should play. Jaffer contended that Verma did not understand cricket and had asked him to leave the team selection decisions with him (Jaffer) and the selectors.