Inside the Trinamool Congress defections in Bengal 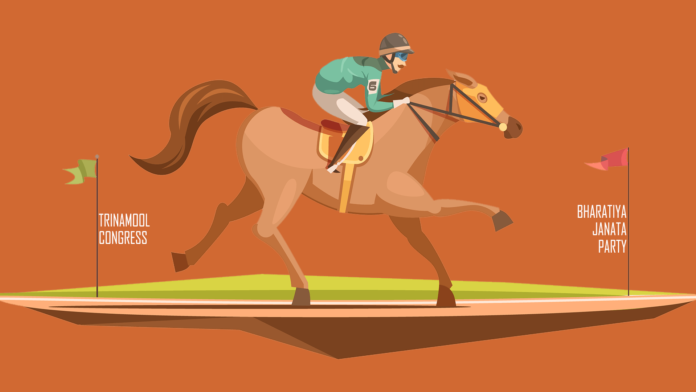 Last week, Trinamool Congress MP Dinesh Trivedi announced his resignation in the Rajya Sabha. His exit from the Trinamool comes after several others have defected from the political party ahead of West Bengal assembly elections. We are breaking down the issue.

Over half a dozen MLAs from West Bengal’s ruling party, the Trinamool Congress, have left to join the BJP in recent months. The state’s government is led by Chief Minister Mamata Banerjee. After the departure of several members, the people of the state are unsure about the future of the Trinamool in Bengal, especially in view of the upcoming elections.

On the other hand, political observers point out that the party still enjoys the support of a majority of MLAs, despite the defections. Read on to know the perspectives on both sides.

After Dinesh Trivedi walked out of the TMC, the narrative of him joining BJP, the opposition, started gaining ground in the media. He did not counter the claims either. “If they welcome me, I would be grateful. They are doing something right for the country.” he told reporters.

Trivedi was a prominent face of the party in Delhi and his decision to leave seems to have come after differences with Mamata Banerjee. He recently doubled down on his allegations, saying that the soul of the TMC is gone, now that the party is overrun by “corporates.” He used this term to allude to poll strategist Prashant Kishor, who has been hired by Banerjee to manage her election campaign. In his opinion, such consultants are earning in crores, becoming bigger than the party, which was earlier known to be the face of poor people in Bengal.

Apart from his tussle with Banerjee, he also cited violence and corruption as the reasons to quit. “When BJP president JP Nadda’s cavalcade was attacked, I did not condone the violence. Every day, I was asked to abuse Prime Minister Narendra Modi, but that is not my value system,” he remarked.

Many believe that the Trinamool has lost the trust of its MLAs as the government was shying away from holding an assembly session.

As more and more politicians defect and join BJP West Bengal in the run-up to the election, the Left and the Congress run the risk of becoming weaker forces in the state’s politics.

What the Trinamool leaders say:

This new haul of pre-election defectors in Bengal is not indicative of TMC members’ faith in their party. Although some people have quit, the party has a strength of over 200 MLAs in the 294-member state assembly. This is way ahead of the halfway tally of 148 members. When BJP leader Mukul Roy’s son, Subhrangshu Roy, had left the Trinamool, the party’s statement had noted that the majority was still intact.

And as regards Dinesh Trivedi’s resignation, the party would be far from a sinking ship, even after his sudden abandonment. According to senior leader Saugata Roy, the party would now give an opportunity to emerging grassroots leaders, in keeping with the “Trinamool” ethos, which translates into “grassroots.”

Speaking on a similar note, the TMC had earlier addressed the MLA desertions by describing the incidents as a temporary phase in politics – in the words of Tapas Roy, “I refuse to call it a crisis when some opportunists have switched sides.”

Firhad Hakim, Urban Development Minister & Kolkata Mayor, also showed solidarity by calling the latest defection incidents only a “minor crisis.” While BJP tries to make inroads into Bengal politics, those jumping off the Trinamool ship are making impulsive decisions without knowing their fate. “We are sure that those who are joining the BJP are forced to do so,” he emphasized.

Moreover, the leadership is confident that CM Mamata Banerjee still has a place in the hearts of the Bengali people. She has been around for almost 26 years and her vision is tied to the party she founded years ago.