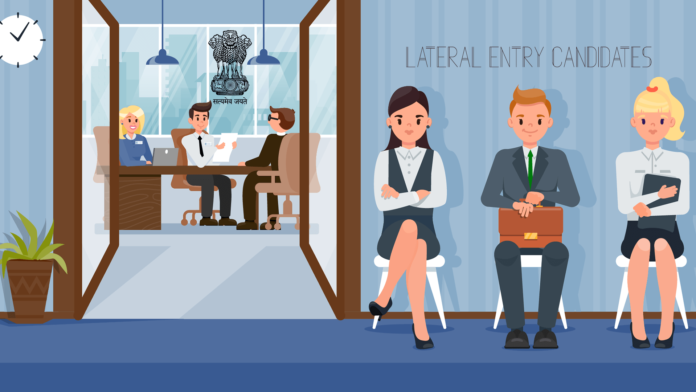 If you are an experienced professional from the private sector looking to get into the government sector, now would be the perfect time. An advertisement was issued by the Union Public Service Commission (UPSC) last week for recruiting 30 persons through lateral entry as Directors and Joint Secretaries. But not many were happy with the lateral entry scheme which was introduced by the Indian government in 2018.

In June 2018, the Indian government led by Prime Minister Narendra Modi issued a notification through the Department of Personnel and Training (DoPT) invited private sector specialists to apply for 10 positions in the Joint Secretary level through lateral entry.

Joint Secretaries play a crucial role in policy making and implementation of government schemes under the various government ministries. Usually, career bureaucrats who passed the UPSC exams and worked for several years in the government would be eligible for the Joint Secretary posts. However, this was the first time that private sector individuals were allowed in government service without having written the UPSC exam for IAS, IPS, IFS, etc.

In 2019, the first batch of 8 persons from the private sector were recruited as Joint Secretaries. There were no lateral entry recruitments in 2020, owing to the disruptions due to COVID-19 pandemic.

Last week’s advertisement noted that persons applying for the Joint Secretary and Director level roles should have a minimum of 15 years and 10 years of experience, respectively. The appointment will be on a contract basis for a period of 3 years, extendable up to 5 years based on performance. The successful candidates will be placed in Union Ministries, Government Departments, Public Sector Undertakings (PSUs) and autonomous bodies of the Central government. Last date for application is 22 March 2021.

The proponents of the lateral entry scheme believe that it is necessary to bring in specialists to run the government machinery, which is becoming complex by the day. The current bureaucracy is considered to be slow to adapt to the new age challenges. Also, there is a widespread belief that bringing in private sector specialists will enhance the organization culture within government establishments, bring in accountability and improve efficiency.

When the merit system for government service through UPSC was established, the needs of the country were different. In today’s scenario of cooperative and competitive federalism, centrally planned uniform measures will not work. There is a need for diversity, and lateral entry scheme is a good measure to account for this.

There have been several cases of private sector specialists being brought into government organizations and committees in our country. Some of them include former Reserve Bank of India governor Raghuram Rajan, former Chief Economic Advisor Arvind Subramanian and former Chairman of Unique Identification Authority of India (UIDAI) Nandan Nilekani. The contribution of these domain experts while working for government organizations have been immense. So, the case for lateral entry into government civil services is valid.

The critics of the lateral entry scheme feel that the process of recruitment of private sector specialists is not transparent. Even though there is a need for bringing in fresh minds in government services, the recruitments should happen through a written exam where skills and knowledge levels are tested. However, the current process only involves a personal interview by a panel, which makes the entire recruitment process opaque.

There is a fear that the infamous ‘Spoils System’ will come into practice through the lateral entry scheme. The spoils system refers to the practice of a political party in power appointing its supporters or friends or family members in cushy government civil service posts. This practice incentivizes people to work for the party, as opposed to the merit system which does not care for which party is in power.

There have already been allegations of irregularities in the appointments of three candidates through the lateral entry scheme during the first batch of recruitments. The allegations noted that the three candidates did not meet the eligibility criteria but were eventually appointed as Joint Secretaries. This highlights the inherent bias in the current recruitment process.

Some critics have argued for the strengthening of the existing structures within the civil service cadre to improve efficiency and create accountability. They note that it is unfair for career bureaucrats who have toiled for several years in government administration but now must compete with private sector specialists for senior level roles.