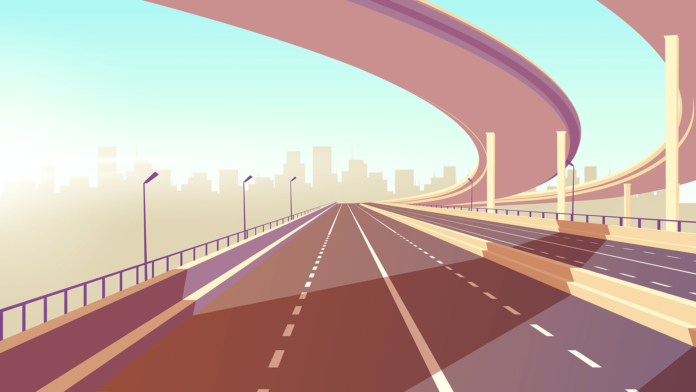 The Supreme Court on Tuesday upheld the decision of the National Highways Authority of India and the Union Government to acquire land for constructing the 277.3 km-long Chennai-Krishnagiri-Salem national highway. The top court set aside the order of the Madras High Court which quashed the acquisition proceedings since the project did not get environmental clearance. The Supreme Court’s judgment has come as a setback to the protesting farmers whose lands will get affected.

The proposed 8-lane Chennai-Salem expressway was announced in February 2018 as a part of the first phase of ‘Bharatmala Pariyojna’ project under the Union Ministry of Road Transport and Highways. The ‘Bharatmala Pariyojna’ project was approved by the Centre in 2017, with an aim to improve and optimise passenger and freight movement across the country. The first phase includes the development of 34,800 km at an estimated cost of ₹5,35,000 crore. The Chennai-Salem expressway is being built at an estimated cost of ₹10,000 crore.

The Madras High Court had stayed the land acquisition proceedings for the project in April 2019. The court held that the project would impact the environment (which included water bodies) significantly and that environmental clearance is necessary. But the Supreme Court has now set aside the High Court order, paving the way for acquiring land for the expressway.

Support for the project:

The proposed 8-lane Chennai-Salem expressway is expected to reduce the travel time between the two cities by half (to just above 3 hours from the current travel time of more than 6 hours). The transportation cost will also be cut by 15%-20%.

The Centre had argued that the expressway project would help in preventing the release of around 17 crore kg of carbon dioxide into the atmosphere, which is roughly equivalent to the effect achieved through a 38,000-hectare forest area with 75 lakh trees. It also noted that there will be a reduction in diesel consumption by 10 crore litres per annum.

The Chief Minister of Tamil Nadu Edappadi K Palaniswamy said that only 11% of people opposed the land acquisition proceedings for the project, claiming the support of 89% of people. He had earlier justified the need for the expressway project, stating that it will stimulate industrial and economic growth in the region, similar to the growth seen in Mumbai-Pune and Delhi-Agra expressway projects. He also said that if existing roads were to be expanded, it would require 2,200 hectares of land and lead to demolition of about 40,000 houses and industries.

The Supreme Court, in its judgment quashing the High Court order, observed that the national highways were the arteries of Indian economy. In its 140-page judgment, the Court observed, “By its very nomenclature, a national highway is to link the entire country and provide access to all in every remote corner of the country for interaction and to promote commerce and trade, employment and education, including health related services. This approach enhances and furthers the federal structure. The existence of a national highway in the neighbourhood paves the way for the fulfilment of aspirations of the locals and their empowerment.”

Criticism for the project:

On February 25, 2018, the Chief Minister of Tamil Nadu Edappadi K Palaniswamy wrote a letter to the Union Minister of Road Transport and Highways Nitin Gadkari asking for a greenfield expressway connecting Salem and Chennai and to include the corridor in the Bhartmala Pariyojna project. On the same day, Gadkari announced that the project will begin in two months at an estimated cost of ₹10,000 crore and it would be an access-controlled highway. The speed with which the announcement was made had confused the public regarding the real intentions behind the project. Many questioned how such a large project could be granted permission at such a short notice of not even a single day.

Chennai and Salem are already connected by three different routes. These include Salem-Villupuram-Chennai route, Salem-Krishnagiri-Chennai route, and the Salem-Tiruvannamalai-Chennai route. Critics argue that if congestion and time delay were the main reasons for developing the new expressway, then these existing routes could be upgraded instead of creating an entirely new route.

Local farmers are agitating against the expressway project due to fears of losing their lands. They are accusing the government of not consulting with them before proceeding with land acquisition for the project. Many claim that the project will adversely affect the livelihoods of more than 10,000 farmers in the area.

Environmentalists are opposing the felling of trees for the expressway construction. The expressway is proposed to be built through eight reserve forests causing irreversible damage. It is estimated that around 120 hectares of forest land will be affected. The planned route also passes through several water bodies and rivers which will also be impacted adversely.

The feasibility report for the proposed Chennai-Salem expressway project has been criticised due to the presence of plagiarised content and irrelevant information. Read The Wire’s report on this here.