Is ‘One Nation, One Election’ a good idea? 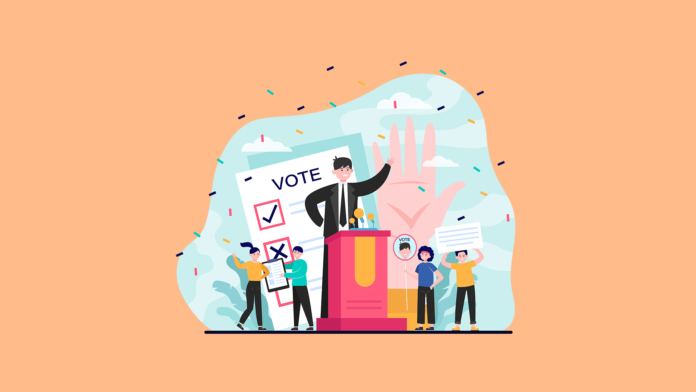 While addressing the concluding session of the 80th All India Presiding Officers Conference yesterday, Prime Minister Narendra Modi raised the pitch for ‘One Nation One Election’. Is it time to look at this idea seriously?

Support for the idea:

He also advocated for a single voter list for all polls including Lok Sabha, Vidhan Sabha and other elections. ‘One Nation, One Election’ and a single voter list will ensure that developmental work will not get hampered due to frequent elections held across the country, he noted.

A 2017 study by the NITI AAYOG recommended the implementation of simultaneous elections. The study provided several reasons in favour of simultaneous elections, including “suspension of development programs, welfare activities due to frequent imposition of Model Code of Conduct, massive expenditures by Government and various stakeholders on frequent elections, black money, engagement of Government personnel and security forces for a prolonged period of time, perpetuation of caste, religion and communal issues etc.”

The study further noted that out of all the reasons in favour of simultaneous elections, “the impact of frequent elections on governance and policy making is perhaps the most significant. Frequent elections force Governments and political parties to remain in perpetual ‘campaigning’ mode thereby impacting the focus of policy making. Short-sighted populist and ‘politically safe’ measures are accorded higher priority over ‘difficult’ structural reforms which may be more beneficial to the public from a longer-term perspective. This leads to sub-optimal governance and adversely impacts the design and delivery of public policies and developmental measures.”

The Law Commission of India had submitted a report in 2018 favouring simultaneous elections. One of the several reasons mentioned by the report in favour of simultaneous elections was a study undertaken by Montreal-based Concordia University professor Csaba Nikolenyi who “used basic formulae to calculate voter motivations among others, and drew the conclusion that separate elections in India were preventing more people from participating in the democratic process. After comparing voter turnouts in Indian state and national elections held concurrently and separately with this and other formulae, Nikolenyi drew the hypothesis that voter turnout in national elections will be higher in those states where state elections are also conducted at the same time.”

Opposition to the idea:

Communist Party of India (Marxist) had opposed the idea of ‘One Nation, One Election’. A note submitted by Sitaram Yechury, General Secretary of CPI(M), at the meeting of Heads of all political parties represented in Parliament on June 19, 2019 stated that simultaneous polls were anti-federal and anti-democratic.

The note stated, “At the outset, it needs to be noted that the elections were indeed simultaneous after we adopted our Constitution. However, elections to the state Assemblies got detached from the general elections due to the arbitrary misuse of Article 356 by the Central government. This process began with the dismissal of the Communist Ministry in Kerala in 1959.”

Former Chief Election Commissioner S.Y. Quraishi had opined that the time for simultaneous polls may not have come yet. In one of his arguments, he wrote, “frequent elections are not so bad for accountability after all. They ensure that the politicians have to show their faces to voters regularly. Creation of work opportunities at the grass-root level is another big upside. The most important consideration is undoubtedly the federal spirit, which, inter alia, requires that local and national issues are not mixed up.”

Yogendra Yadav, National President of Swaraj India, had written an opinion piece in The Print stating that Modi’s simultaneous polls plan is akin to changing the course of a river to control the traffic on the bridge. He wrote, “simultaneous national and state elections would tilt the voting preference in favour of the dominant national party (read the BJP). That may not ensure a victory for the BJP, as the examples of simultaneous polls in Odisha and Andhra Pradesh show this time. But it is undeniable that simultaneous polls would reduce the ‘regional’ flavour of the elections by a few degrees and swing some voters towards a nationally dominant party like the BJP.”

Association for Democratic Reforms (ADR) had made a submission to the law panel stating that “Holding simultaneous elections will amount to imposing a presidential form of government in the country with ‘mala fide intention’.” It also dismissed the argument that the model code of conduct (MCC) would interfere in governance, stating “The MCC does NOT ask for existing programmes to be put on hold at all. Normal governance obviously has to go on and it does go on.”

P.S. What do the mainstream political parties think about simultaneous elections? Read their opinions in Annexure V of the Law Commission’s report here.